Fractus, Catalan technology inside all mobiles

This article was originally published on VIA Empresa.

It might now seem anachronistic but not so many years ago mobile telephones had exterior antennas. That these were later built into the device and capable of receiving different frequencies (3G, 4G, Bluetooth, Wifi…) is in large part thanks to Fractus. “Just about all mobile telephones in the world have our technology,” Rubén Bonet, CEO and cofounder of the company based in Sant Cugat del Vallès tells VIA Empresa.

Set up in 1999, initially as a spin-off from the UPC, today it has 25 employees and an accumulated turnover over the past five years of around 100 million dollars. In almost two decades, Fractus has gathered experience as a hardware manufacturer for the large companies in the industry, it has shifted its business model towards patent licences and has found the time to win a court case against Korean giant Samsung to the tune of 30 million dollars in damages. This is its history.

In the mid-90s, a research group at the UPC headed by Doctor Carles Puente began achieving scientific success with fractal antennas. “He knew that his project could have potential for multiband and miniature antennas,” says Bonet of his partner. The two men had coincided when studying Telecommunications Engineering and they came to together again at just the right time. “I wanted to set up a company, but I didn’t know which. Carles explained his research to me and straight away we reached an agreement with a vision: to create the world’s leading company in multiband and miniature antennas.” That was 1998.

Aware that the technology developed was for multiband antennas that could transmit different frequencies at the same time, they began to look for sectors where it could be applied. “We found a few, such as military applications or for base station infrastructure,” recalls Bonet before sharing his experiences in a talk at the IQS Tech Factory.

However, one of the most promising applications they found was mobile telephones. “At that time the industry had a total global volume of 50 to 100 million dollars, when today it stands at two billion,” points out Bonet to show the enormous growth. There was only one frequency, GSM900, but a second was already being developed, GSM1800. “Mobiles had large antennas that only picked up one frequency. Our technology had a perfect application in an environment in which mobiles in the future would require many telecommunications services: GSM, Bluetooth and the future Wifi, which did not exist,” says Bonet. At Fractus, they had a vision and came up with a strategy to reflect it. What’s more, adds the cofounder, “we believed that antennas had to be very small and integrated into the telephone, as they are now.”

In its history, Fractus has not stopped researching in order to patent its technology. “Doing research without patenting is a form of philanthropy,” says Bonet. However, during the first three years, while the first patents were being processed, they focused their efforts on looking for funding. “It was a very long journey and to make it global required capital,” says the cofounder. 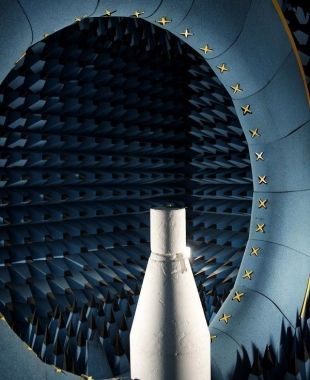 “Twenty years ago no one understood a great deal about what business angels or venture capital was. But we were clear about following the Silicon Valley model,” says Bonet. They thus acquired their first million euros from a business angel to begin taking on staff and to start a small laboratory to make prototypes. Then came another two million in venture capital from a London fund. “We also had the support of Barcelona Emprèn, today part of the ICF,” points out the Fractus CEO. In all, the company obtained 20 million euros of venture capital in its first six years.

With the capital and the granting of the first patents, Fractus began its international expansion, which Bonet says was from 2003 to 2006. Brands like Nokia, Ericsson and Alcatel dominated the industry at the time and they were the companies they began to work with. “They wanted to learn from our technology, some of them became our clients and little by little sales began to grow,” he recalls. At this stage, Fractus had up to 80 employees, factories in China and South Korea and an office in the United States.

“We are not so ambitious as to claim we influenced the growth of smartphones, but we did choose the right sector,” Rubén Bonet modestly reflects. In any case, Fractus has decisively influenced the growth of an industry revolutionised by smartphones. “The cycle of innovation, which is high, suited us very well. In fact, we went to Korea because Samsung and LG were working with six-month production cycles,” he says. 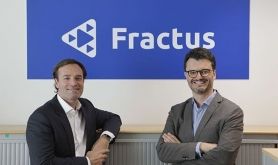 A change of model

It was the explosion on the scene of smartphones that led Fractus to a saturation point that put the company at risk. “In 2008, the company went through a bad time. A lot of competitors began to copy us, some clients did not respect the prices and changing the business model saved us,” admits the CEO.

Fractus began making hardware based on its technology. That meant factories, design, logistics, quality control and ISO certificates. “It worked out well for us up to a point. We ended up with a 5 or 6% share of the market but we noticed that the demand for our technology went much further and we could not cover it because we did not have enough factories.” In the end, “when the industry is making a billion antennas a year, you can’t can’t make all of them,” says the Fractus CEO.

The situation brought them to a crossroads: either they began to buy up competitors, “which meant more funding rounds,” or they take a step back and concentrate on the essence of the company: technology and patents. “It is an asset you can license, allowing us to be flexible with the business model and earn royalties.” 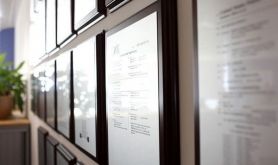 As each patent lasts for 20 years, “the secret is to constantly innovate,” says Bonet. Today, Fractus has some 120 patents and has never stopped investing in technology. “The revenue you get from royalties has to be reinvested in research to widen the patent base,” he argues.

It is a business model that is not new, but one that requires becoming a legal, technical and commercial expert. Moreover, Fractus had to fight to defend the property from its research. “Some companies were using our technology without a licence. They no longer had anything to learn from us,” he says. What happened was that after years of working together, the engineers in the giants of the mobile industry could now develop the Fractus technology without them.

“They made illicit use of our technology and companies like Motorola quickly settled,” says Bonet. However, Samsung and another nine companies refused and Fractus took them to court for infringing their patents in the United States in 2009. “LG, Blackberry, HTC, Sharp… We reached agreement with all of them except Samsung, which preferred to go to court,” recalls the company’s CEO.

A jury sentenced the Korean company to paying damages worth 23 million dollars, a figure that the judge increased to 40 after considering the infringement of the patent to be deliberate. “Samsung appealed and just before the sentence was handed down, asked us to come settle for 30 million dollars,” says Bonet, without giving the exact figure. That was in 2014, some 10 years after Fractus first made contact with Samsung.

With the litigation behind them, Fractus is now moving into the world of the Internet of Things, with wearables and infrastructure. “Everything that is about interconnected devices interests us,” says Bonet. While it is not easy to repeat the smartphone boom, the company’s CEO is clear about opting for “emerging sectors so as to remain at the forefront of technology.”

IP Europe welcomes the US government’s decision on SEPs